Jo’s MFA (Playwriting) at Trinity College Dublin (Lir Academy) involved the study of contemporary theatre practice, dramaturgy and playwriting. A background in creating site-specific work has influenced her interest in the design and form of new writing for performance.   Since moving to Belfast in 1996, she has written also individually as well as collaboratively, for professional and community theatre companies. 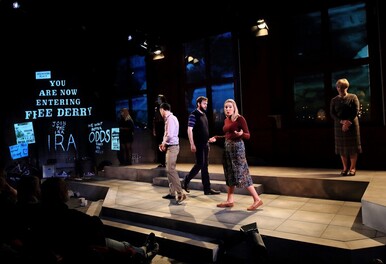 L to R: Damien Hassan, Michéal Mc Daid, Maria McGavigan, Marjorie Leslie.
The Crack in Everything by Jo Egan (Edited Version) June 2022
​
​Produced by: MACHA Productions & Playhouse, Derry.
28 June 2022
Venue: Portcullis House, Parliament Buildings, Westminster, and Playhouse Theatre, Derry. June 2022
Comment: The text of The Crack in Everything, stripped back to the bare testimonies presented to MP's and Lords as part of an initiative to facilitate discussion regarding ongoing impact and legacy of the Northern Ireland conflict. 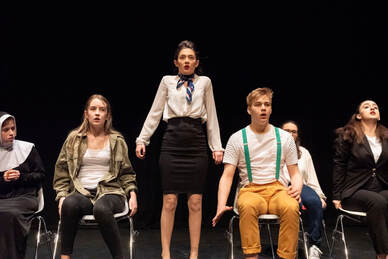 ALLIES by Jo Egan April 2022
​
​Produced by: Act Out Youth Theatre in association with Solstice Art Centre
Venue: Solstice Art Centre, Navan.
Comment: ALLIES was performed as part of deLIBERATIONs: An evening of original theatre exploring themes of dilemma, discovery and gender from the perspective of young people in Ireland today. 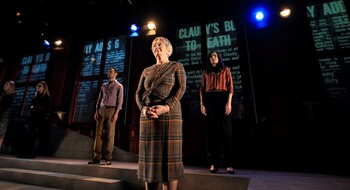 L to R:
The Crack in Everything by Jo Egan
​
​Produced by: The Playhouse, Derry, November and December 2018.
Venue:  Playhouse Theatre, Derry and Brian Friel Theatre, Belfast.
Comment: 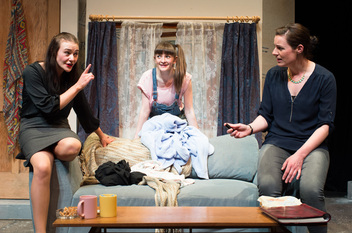 "What I liked most was the language...The audience were lulled into childhood recollections and then dragged from the sweet to sour with just a few gruesomely juxtaposed words."                       - Eve Rosato. The Big List. 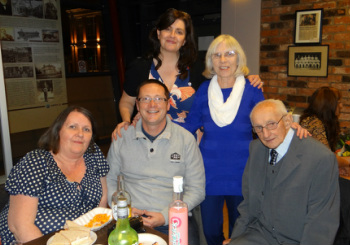 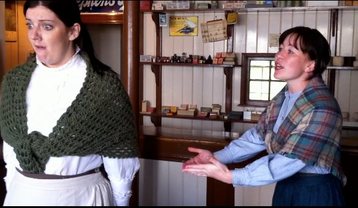 The Agent & The White Linen Workers illustrates the life of home embroidery workers on the Ards Peninsula in 1911. 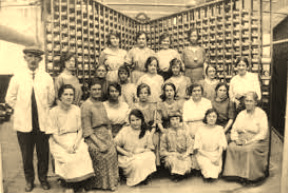 Image: Belfast Forum
The Ritual of Life
Commissioned by Castlereagh Borough Council (2011)
Venue: Various, Belfast
“What’s interesting about our lives?”  The process of creating a play from nine women’s testimonies shows we are living in a two hundred year present, where bearing witness is the most powerful gift we can offer." 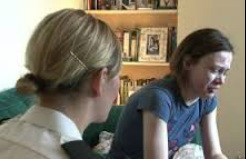 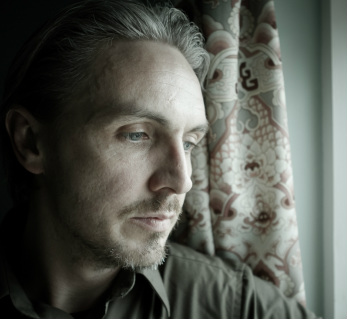 Francie Lynch has vanished into the swirl of London street life. In finding him, Catherine Duffy discovers the gold previous Irish emigrants only dreamed of. Initially a one-act, developed with Ransom Production's 'Write Now' (2004) directed by Rachel O'Riordan.  Full-length draft in development.